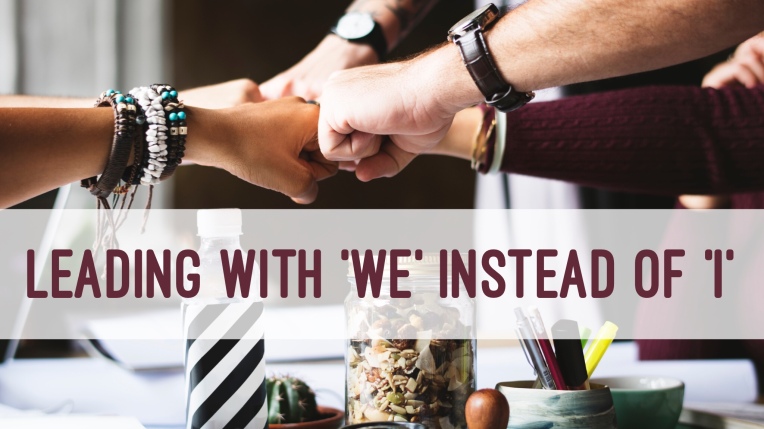 We’ve all heard the adage “There’s no ‘I’ in team!” – but there can sometimes be a lot of “I” in leadership! (And I mean more than just the little one that is the second last letter!)

Of course, leadership by definition is often an individual or solo task. It’s the act of being ‘out in front’; the front bird in the geese formation, the pointy end of the arrow, the cutting edge, the trailblazer, the pioneer – all of these aspects of leadership are true and right. But more often than not, we find that our leadership plays out in teams and groups. There’s limited value in being the trailblazer if no one is actually then walking on that trail – and if you’re flying out the front of the geese formation and there’s no one else in the geese formation? You know what that makes you? That’s right, a goose!

The purpose of leadership is to take others somewhere they wouldn’t otherwise go. It’s to see things that are not yet and paint a picture in the imagination of others to inspire them towards future possibilities. It’s to champion gifts, skills and capacity in people that they might otherwise not have known they possessed and to lead them into actions, thought and influence that they might otherwise not have explored or experienced.

How we speak as leaders shapes the culture of our teams and contexts.

Here are some things that can happen when we use “we” instead of “I“.

It’s really important to note – this is not about deflecting personal responsibility when the responsibility is ours. It’s not an ‘out’ for taking ownership of decisions that are difficult for others to process or avoiding ownership of personal mistakes and shortfall. “I” is also necessary sometimes. But our tendency towards that language first can be unnecessarily distancing, hierarchical, and contrary to building healthy team culture.