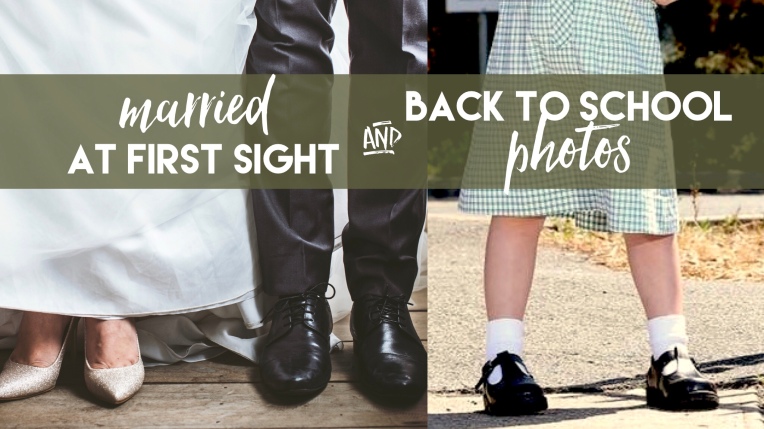 One of my favourite times on the Facebook calendar is back to school week. My newsfeed is flooded with naaawwww-worthy photos of ‘firsts’. First days of school (massive backpacks on little legs and hiding under seemingly enormous sun hats; school dresses triple hemmed and ‘shorts’ that reach down to mid-calf), first days in a new year level or a new school. Last first days for those at the other end of their schooling. Some show the side by side photos of the changes made across the years – tracking the inevitable growth and accompanying differences. Moving from teary hugs and farewells at the classroom door to the increasing independence that sees a child walking or riding off on their own or with friends.

I love it! It marks a new season, acknowledges the passing of another year, signifies for the family yet another shift in life stage and rhythm and celebrates the success and potential of movement through education and other life markers. And it’s pretty stinkin’ adorable, too.

Running parallel with that this year, was the start of another season of Chanel 9’s super successful ‘reality’ show, Married at First Sight. “Successful” in terms of its ratings, not in regards to its success in bringing couples together who actually stay together. It’s a psychological and relational train wreck that produces fascinating television viewing and boosts the social profile of those who participate (surely that’s part of their purpose for being there, right?). But it also highlights underlying cultural and personal expectations that the narrative of a ‘normal’ or ‘fulfilling’ life is centred around finding your soul mate and living in marital bliss.

In the lead up to the show’s airing, one participant, Sarah, recorded a sound byte that played on repeat,

As she looks at her life and she applies the known methods for measuring it, she finds herself with nothing to show for it. This comment (and the fears and feelings that framed it) represent her justification for applying for the show. She’s 38, she’s not married and has no children – time is a’wasting! It’s time to employ emergency measures!

At a cursory glance, this comment is dismissible as untrue. Without knowing anything much about her we could readily identify things she might have to ‘show’ for herself. Lives invested in, experiences she gathered, career and other successes she’s enjoyed. But I think we need to listen to what she’s saying. To lean in a little more and seek to understand more fully what her comment is echoing of a message society sends (in both subtle and more overt ways) of how a life should be measured and celebrated. And particularly how that translates for a Single and/or childless person.

For those who are married, each anniversary is an opportunity to reflect with gratitude and celebrate the achievement. High five, us! We made it through another year! Social media gives opportunity to publicly affirm one’s spouse and for the couple’s community to congratulate and encourage them.

For parents, milestone days – the birth of children, firsts of all kinds, ‘before & after’ pictures denoting achievements, changes and growth, performances and of course, birthdays, engagements and weddings – all bring opportunity to gather friends and family (in real life or online spaces) to again, celebrate, and encourage. To reflect on the journey till now; to dream and plan together for the future.

To use Sarah’s language, these are many of the things you have to “show” for the years you have lived, the transitions you’ve navigated and the impact you’ve made on the earth. These are the things publicly celebrated. They are acceptable, anticipated and even requested opportunities to share with others the rewards of the labours of time, money, energy, expertise and sacrifices of all kinds that bring about these moments.

So, if you are not married and don’t have children – how does your life’s journey get marked and acknowledged? In what moments are the community of a Single person called to gather to celebrate, publicly affirm and encourage, to invest advice and energy, to reflect growth and change, to honour success and draw others in?

Commonly, Singles report that attempts to share moments of celebration, difference or success are often perceived as self-absorbed or self-promoting (“why are you making such a big deal about your birthday?!“) or met with jealousy (“I wish I were Single so I could travel more!“).

The success stories told usually include friends, colleagues or family stepping in to facilitate those celebrations and affirmations. My friend Nancy is a champion at this! She enthusiastically and creatively celebrates the birthdays, new jobs, buying a home, graduations, return from holidays and moving days of her Single friends to ensure they’re well marked. And to draw his or her community into expressions of encouragement and celebration.

Think about the people in your world (specifically but not exclusively Singles and/or childless). How can we act to ensure they know what they ‘have to show’ for the life they’re living? What moments of reflection, celebration, affirmation and gathering can we be part of facilitating?